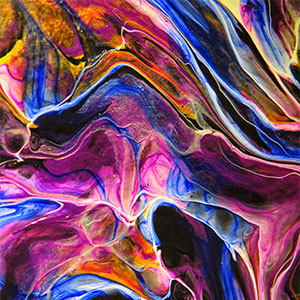 So, what stops us from being able to do that? The answer lies in cutting edge brain science research. We learn everything we do by forming memories. Every memory creates a neural pathway in our brain as it connects with other memories building an operating system literally created in the past. Unless those pathways are disrupted in some way, it is virtually impossible to formulate new thoughts or be different. It’s as though we have grooves in our brains, like an old vinyl record... and we play the same song over and over again--whether it is working for us or not. Our past experiences and what we think and believe about them form our internal hard drive.
Through my extensive study of the last decade of research in neuroscience and quantum science, I have learned how to help my clients disrupt those grooves and form new connections between the conscious and subconscious mind and its database of lifelong memories (your programming). This process enables you to clear longstanding blocks to behavior change and performance improvement. As this process unfolds, you are able to clear out limiting beliefs that have been operating in the background and replace and reinforce new more empowering beliefs in their place, literally creating a new operating system.
Contact Us
So now, after years of watching my clients struggle against their own neurobiology and programming, I have learned how to unleash the power of mind connection (connecting our subconscious and conscious minds) to help people create the success they want in all areas of their lives with greater ease and less struggle. It has been transformational for them--and for me.

Here Are Some Results:

Alex had been struggling with “the impostor syndrome” since being promoted into a senior leadership position. Through our Mind Connection coaching, she was able to clear the limiting beliefs that were keeping her stuck and form new, more empowering beliefs about her significant strengths and abilities and literally change her thinking about herself and her “enoughness.” Her impact in her organization has grown exponentially and her annual performance review was stellar. She got the largest bonus this year she’s ever received.
Sandy has been paralyzed with negative self-talk for much of his adult life as a result of growing up in a household with a stern and narcissistic father who put him down at every opportunity. After years of therapy, Sandy was still his own worst critic and suffered from low self-confidence and self-esteem. The work we have done has enabled Sandy to change the habitual “grooved” thoughts about his imperfections to more empowering internal dialogue and is feeling much more accepting of his own humanness, and able to acknowledge his considerable strengths. His self-esteem is dramatically improved, enabling him to be more confident in both his personal and professional life. The impact in how he shows up as a leader has been nothing short of miraculous.
Elizabeth, the CEO of a large non-profit organization, was literally killing herself by putting everyone, her team, and organization, and her family, ahead of her own wellbeing. She was exhausted and continued to have respiratory infections she couldn’t shake--two years in a row ending up in the hospital with pneumonia. She received feedback on a 360 assessment that her co-workers felt she was endangering herself and the organization by not taking care of herself. We worked to identify her unrealistic beliefs about being able to perform at superhuman levels and she connected with her desire to prove to her (now deceased) father that she could succeed at all costs. Elizabeth now has a daily mindfulness meditation practice, is exercising regularly, and takes “me time” on weekends to recharge her batteries. She has a renewed sense of energy and passion for her organization’s purpose and is committed to putting her own oxygen mask on first. She gets more done now because she has changed her thinking about trusting her staff to do their jobs.
As you can see from these three examples, the common thread is self-sabotaging thinking habits that all three people had been struggling with for most of their lives. No amount of working at the level of the conscious mind had helped.
I owe a great debt of gratitude to the research pioneers, teachers, and coaches who have led the way in my career-long journey to find the missing piece. When I hit that wall in 2008 and realized I had spent my life with some seriously flawed mental models and extremely self-critical internal dialogue stemming from painful experiences/memories from my childhood, I took the first step to becoming my own best friend. I began to learn how to work at the level of the subconscious mind to systematically find and eradicate the limiting beliefs and habitual thinking patterns that caused me to create a life that was anything but success beyond measure. Now I know the way.